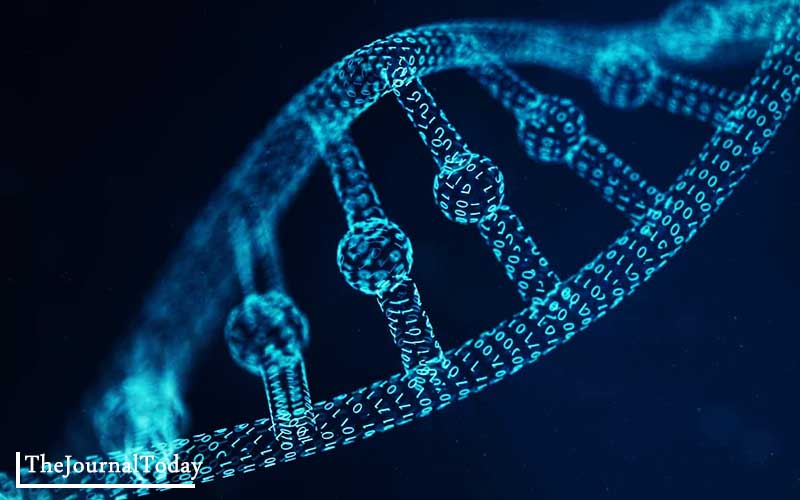 DNA data storage means encoding or decoding binary data to and from synthesized DNA (deoxyribonucleic acid). Through this article, you will know that what is the need for DNA data storage?

We all use phones and many other technical devices for so many purposes like watching movies, for searching something, watching youtube videos, posting on social media, etc. But all this requires a huge amount of storage. Do you know that which era is going on currently? “Zettabyte Era” Do you even know what zettabyte is? You may hear about kilobytes, megabytes, gigabytes, and even terabytes too.

A zettabyte is equal to a thousand exabytes, a billion terabytes, or a trillion gigabytes which means 1000⁷ of storage capacity. But still, we aren’t able to manage our storage through magnetic or optical data systems. That’s why the University of Washington’s Molecular Information Systems Laboratory (MISL) and Microsoft (pioneer of DNA storage) are making some headway for its usage and implications.

According to software company Domo in 2018, every minute there are 3.88 million researches conducted on Google, people watched 4.33 million videos on YouTube, sent 159,362,760 emails, 473000 times tweeted and posted 49000 photos on Instagram. An estimation was made at that time, 1.7 megabytes of data would be created per second per person globally in 2020, which means about 418 zettabytes in a single year, with a population of 7.8 billion.

These magnetic and optical data systems cannot store the amount of storage that would be created in the upcoming years.  Also, running the data centers takes a huge amount of energy and these magnetic storage system doesn’t more than 30 years.

So, the only solution to all these issues is Microsoft DNA storage.  DNA data storage provides good storage density, sustainability, and longevity to the companies for the data being stored. DNA data storage is made up of four chemical bases:- adenine (A), guanine (G), cytosine (C), and thymine (T) and is located in the cell nucleus.

According to a calculation published in 2016 by  Nature Materials by George Church of Harvard University and his colleagues, a simple bacterium Escherichia coli, has a storage density of 10^19 bits per cubic centimeter. Various DNA data storage research papers have shown that how beneficial is the use of DNA storage is to store the data.

DNA storage has a storage density of storing one exabyte or 1 billion gigabytes, per square inch, which only our today’s best magnetic storage systems can provide like LTO ( Linear- type open) magnetic tape. According to Microsoft notes and researches, one zettabyte of storage is used on the installation of Windows 11 on 15 billion devices. Using the current data storage system will create a need for millions of tape cartridges in the future.

DNA can store up to 215 petabytes (215 million gigabytes) of data in a single molecule.

Here’s how much DNA is inside of a human body. We are gigantic storage of data: pic.twitter.com/DEzbvTsS4L

Therefore, the use of DNA data storage is essential. It is not only essential but also beneficial as in 2017, Church’s group at Harvard adopted CRISPR DNA-editing technology for recording the images of a human hand in the genome of E. Coli, which was readable with more than 90 percent higher accuracy. The researchers of Washington and Microsoft researchers have developed a fully automated system for storing, encoding and reading the data encoded in the DNA storage. A number of DNA storage companies are working to advance DNA data storage technology including Microsoft and Twist- Bioscience.

ALSO READ: THE 3 BIGGEST PHYSICS DISCOVERIES OF THE DECADE THAT UNRAVEL MYSTERIES FOR THE FUTURE OF SCIENCE