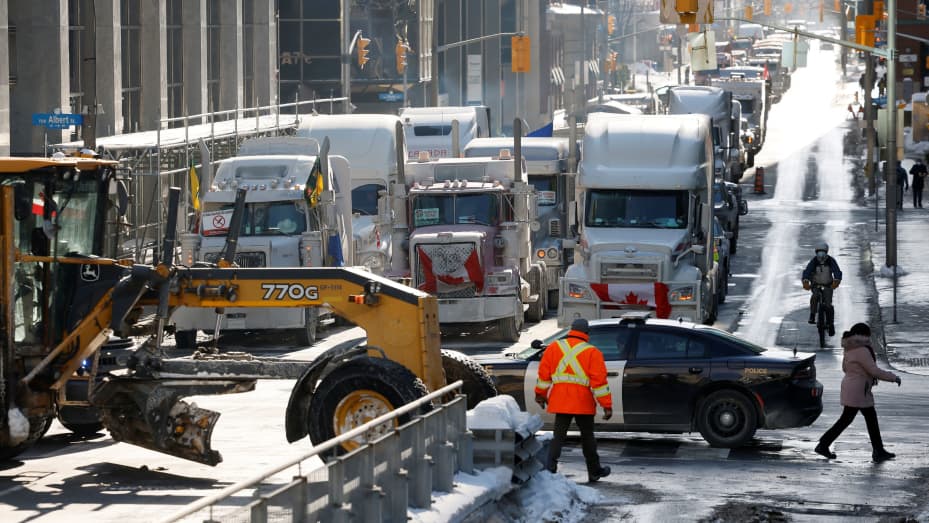 Using Bitcoin, a group of Canadians has begun to raise funds (BTC).

Following the cancellation of a GoFundMe fundraiser for Canadian truckers protesting COVID-19 restrictions, a group of Canadians has begun raising funds with Bitcoin (BTC).

Before the suspension, the campaign had received more than $9 million in donations. The fundraising site, on the other hand, included an “Under Review” disclaimer that stated:

“This fundraiser is currently paused and being reviewed to ensure compliance with our terms of service as well as applicable laws and regulations.”

Since then, GoFundMe has stated that it will not be distributing the remaining $9 million to the Freedom Convoy 2022 campaign because it has apparently violated its terms, stating that the “peaceful demonstration has now become an occupation.”

GoFundMe also stated that all donors may request a full refund until February 19, 2022, with any remaining funds going to “established charities verified by GoFundMe.”

As a result, the truckers have no access to the funds, prompting a group of Canadians to take it upon themselves to raise funds for the truckers through alternative means, with the group opting to use Bitcoin.

The Bitcoin network Is not controlled by a single entity because it is decentralized. Furthermore, the network’s native currency, BTC, can be sent peer-to-peer between any sender and recipient who has a Bitcoin address.

Using Tallycoin, the campaign can receive all Bitcoins directly into wallets, retaining ownership of the keys.

At the time of publication, the campaign had raised approximately 1 BTC (roughly $41,500) only a few days after its launch.

All Bitcoin raised will be stored in a wallet that will require multiple signatures to spend the funds raised.

As a result, the wallet eliminates a single point of failure. It also ensures that the group must coordinate how the money is used because no single person has the ability to transfer the Bitcoin.

The group Is now debating the best way to distribute the funds to the truck drivers. Canada is home to a diverse range of Bitcoin service providers, allowing customers to use Bitcoin to purchase everyday goods and services.

As things currently stand, it appears that the primary focus will be on using Bitcoin to assist truckers in purchasing fuel and food as they face the harsh Canadian winter in their pursuit of an end to restrictions.

Spread the love
#bitcoin #Canada
Previous Post
Gulfport Home First in the Country to be Sold as a NFT
Next Post
Cardano is the Most Energy Efficient Cryptocurrency, CCRI Research