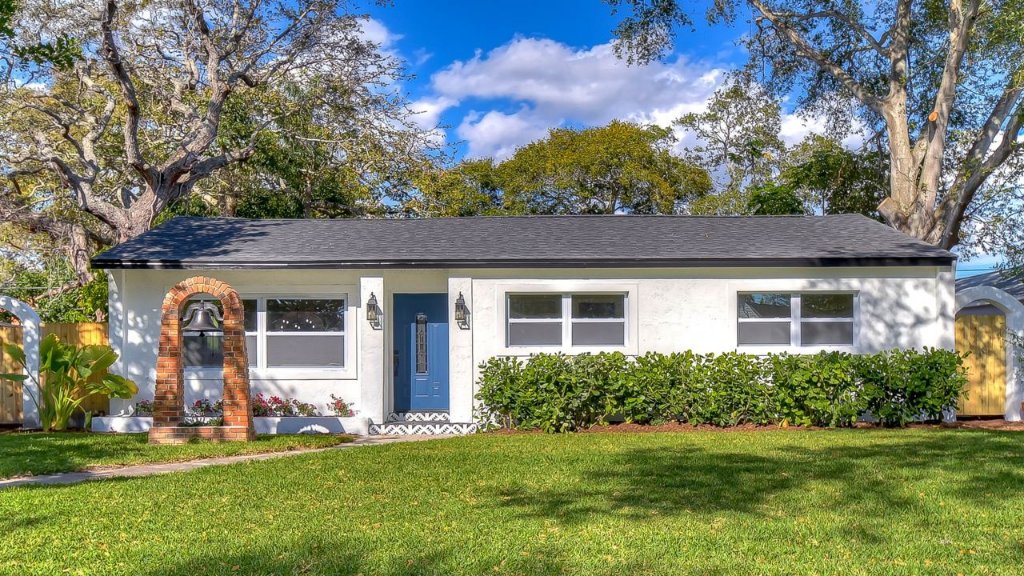 Propy, a Palo Alto-based real estate technology company that will mint the property rights into a digital token, will auction off the Spanish-inspired Gulfport property at 6315 11th Ave. S.

According to a #California-based real estate technology company called #Propy, a four-bedroom home in #Gulfport, #Florida, will be tokenized leveraging non-fungible token (#NFT) technology and sold for $650K. In addition to the Gulfport home, pic.twitter.com/tdJcoIr1Xw

Propy sold TechCrunch founder Michael Arrington’s Kiev apartment as an NFT last year, making this Florida addition the latest development in the early stages of how NFTs can be used for real-world transactions.

The current owner, Leslie Alessandra, is a local real estate investor and the founder of Tampa Bay blockchain company DeFi Unlimited. She said she chose to list the home as an NFT to demonstrate the use of the evolving technology.

Forget the deed and focus on the NFT

In this case, the NFT, like the physical deed, would represent the digital rights to the property. The NFT will act as the legal LLC for recording purposes, allowing the Gulfport home’s property rights and ownership documents to be properly protected.

Is this just a marketing ploy, or does it have any real-world applications? (The auction) is really to stimulate conversation,” Alessandra said in an interview with the Tampa Bay Times.

As part of the auction, artist Derek Donnelly, known as Saint Pete, will create an indoor mural on one of the property’s exposed brick walls, paving the way for Tampa Bay to one day immortalize street art similar to his.

Of course, any purchase of the real estate, such as a home, must be recorded with the county recorders office in order to legally transfer ownership rights. As a result, a legal entity must exist in order to transfer the property, increasing the visibility and applicability of actual case studies where NFTs are used.

“There’s definitely something special about being the first. “It’s like having the first computer ever connected to the internet,”

“However, I certainly hope that the owner will be a supporter of blockchain and NFTs and that it will be a symbol of the future.”

Over 2,000 people have already signed up for the NFT home sale auction, which will take place on February 8.