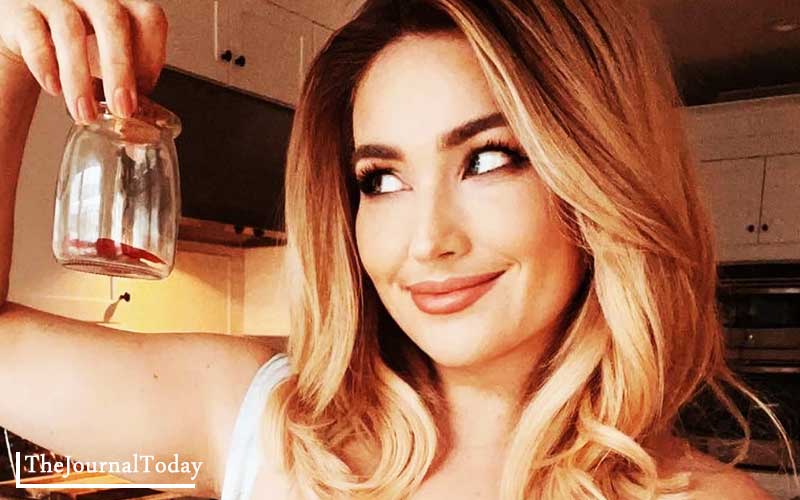 Stephanie Matto, 31, created great headlines around the whole world when she announced that she has to retire and won’t be able to sell more farts of her in jars, as she got hospitalized while she was trying to accomplish the skyrocketing demand.

The former star of TLC’s “90 Day Fiancé” said she made around $200,000 from selling her bottled farts to her fans, but doctors advised her that her excessive wind-breaking was taking a toll on her body.

Instead of abandoning this new business venture completely, Matto informed an insider that she would sell her farts as non-fungible tokens.

Now, Matto is hoping to carve out a new NFT in the world by her unique art of farts. “There’s space for everybody,” she said during a phone call with Insider.

Did you hear about the lady who sold her farts in a jar?! Meet former @90DayFiance star Stephanie Matto (a real fartrepreneur!) and hear how she got the idea!
MORE >> https://t.co/u0obL7R1a5 pic.twitter.com/axRpoWFO2W

Stephanie Matto Started this new business as an experiment

While she was running an 18-and-over fan subscription platform, she was getting a lot of requests from her fans for selling her farts, Matto told during the conversation.

“I always thought that was a complete joke,” she said.

But last year, she said, she decided to sell her farts as an “experiment” to see if anybody would actually purchase them and she was shocked after hearing about the results.

A great fan and customer of her, who said to be referred to only as John, told that how the product was so fascinating to him. The 43-year-old financier, who said he spent $1,000 on two fart jars, explained that it helped him feel a sense of “closeness” to Stephanie Matto.

“I have a lot of fetishes and one of them is that I like the smell of a woman,” he said.

Matto addressed that during her holiday season this year, orders flooded to her from her die-hard fans and devoted customers, similar to John.

“I knew I wasn’t going to fulfill them but I tried anyway,” she added.

To meet those demands, one day in the morning, she had “three large servings” of protein shakes and “several bowls” of black bean soup in her breakfast. But she started feeling unwell, with a great stabbing pain in her chest and heart and decided to go to the ER.

Doctors diagnosed her with severe gas pain, Matto explained and advised her that her wind-breaking was harming her body.

“I had to rethink my business model because I knew that selling my farts in this way was just not something that was physically sustainable for me,” she said.

A digital artist contacted her and suggested she build up a unique artwork with him, using her bottled farts, to sell them as NFTs. An NFT or Non- fungible token, is a unique and non-interchangeable unit of data stored in the form of blockchain, including drawings, animated GIFs, songs, or items in video games, an asset that belongs to you only.

Matto said that she immediately accepted the offer with excitement because she has a “very creative mind” when it comes to money.

“We teamed up and made jars with really cute animations,”

“And we made them super custom and personal, and some even come with unlockable traits.”

“The more and more I worked on it, the more I realized how cool it is learning more about crypto and just the whole entire concept of NFT is really amazing and cool to me,”

“So I kind of felt like this was the direction I wanted to go in.”

Matto said she is confident that this latest venture will be a success.

“I’m very good at turning shit into gold”, she added.