De-Dollarization: How Russia Minimized the Impact of the Sanctions Imposed by the U.S and EU 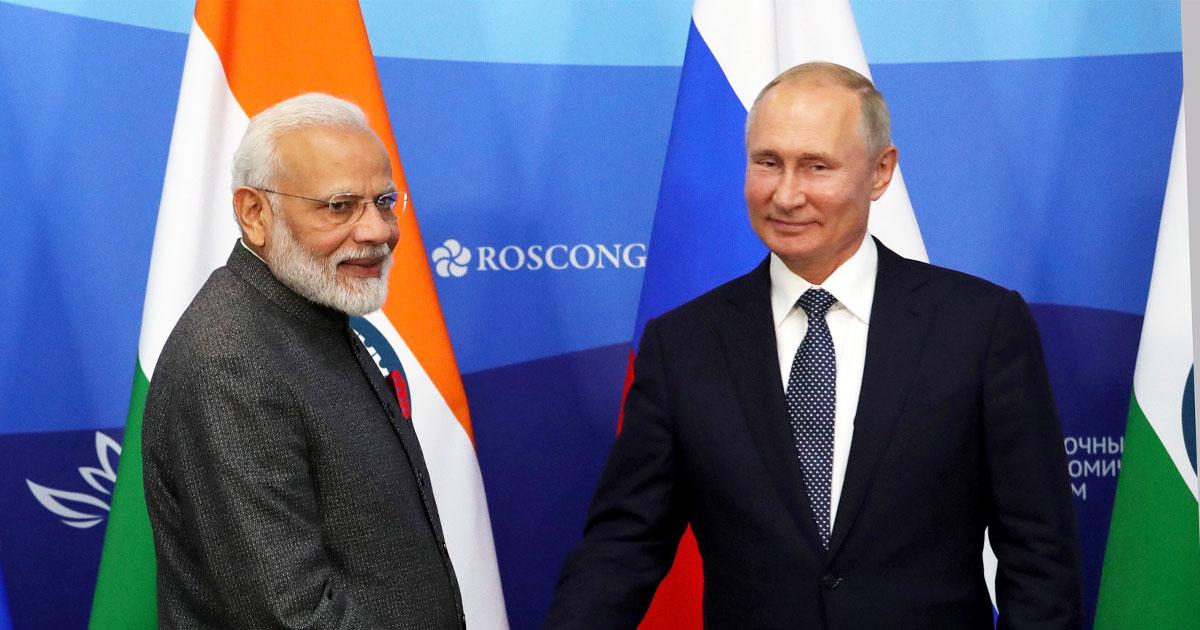 Russia declared war on Ukraine and invaded the country a week ago. The major updates after such action have thrown the NATO and UN off their feet. This war was unprecedented and nobody saw it coming. Many meetings were held to deflect the situation furthermore the UNSC held an emergency session of the UN General Assembly on Russia’s aggression against Ukraine. The resolution was adopted with 11 votes in favor of major sanctions against Russia to financially cripple the country from further advancing to a full-blown war on Ukraine.

The 15-nation Security Council met on Sunday afternoon and held the vote on the emergency special session of the 193-member General Assembly on Russia’s invasion of Ukraine.

As per the reports, U.S and EU have voted to impose heavy sanctions against Russia, however, India, U.A.E, and China have abstained from the vote. On Saturday’s announcement by the U.S, European allies, including Germany and France have drafted sanctions, “Restrictive economic measures” to increase costs on Russia for its invasion of Ukraine.

The Major Sanctions on Russia by the U.S, EU, and Switzerland

The invasion of Ukraine has immensely raised widespread risks on economic fallout from this war. The U.S and EU have responded back with further agreement on isolating Russia from the international financial system, the Western Allies have decided to block “specifically” Russian banks from the SWIFT transaction system and financial institutions used to validate the complete international payments.

President of the United States, Joe Biden, stated on Thursday that all sanctions imposed on Russia would target its largest financial institutions, and cease measures that will do more financial damage on Russia’s high-tech imports.

I just spoke with President Zelenskyy to discuss our continued support for Ukraine — including security assistance and humanitarian aid — as it defends itself against Russian aggression. We will hold Russia accountable, and our sanctions are already having a devastating impact. pic.twitter.com/9X9x07QbD0

The Biden administration also made it clear that,

“The scale of Putin’s aggression and the threat it poses to the international order require a resolute response, and we will continue imposing severe costs if he does not change course.”

The US acknowledged and applauded Canada, Australia, Japan, the European Union, and the United Kingdom for having to agree on taking “similar forceful” sanctions against Russia.

Russia’s stock market crumbled to its lowest level in over four and a half years on Thursday, and its currency, which is the Ruble, reached a record low, reported by Al Jazeera.

Sberbank of Russia’s stock price in London Market has fallen by 92%, plunges to 2 cents a share. pic.twitter.com/YCpDTHl6Fu

The President of the European Commission, the European Union’s executive, Ursula von der Leyen, said in a statement to the media,

“We commit to ensuring that a certain number of Russian banks are removed from SWIFT. This will ensure that these banks are disconnected from the international financial system and harm their ability to operate globally.”

Ursula von der Leyen outlined confidently that cutting Russian Banks off the system would cripple them from further continuing the war, and the EU would also effectively block Russian exports and imports.

“If Putin was seeking to divide the European Union, to weaken Nato and to break the national community, he has achieved exactly the opposite”

President of the European Commission Ursula von der Leyen says “we will overcome and we will prevail” https://t.co/q6G21sVhhQ pic.twitter.com/BYWm7lAJrD

As per the reports, they have also imposed restrictions on the Russian Central Bank’s ability to access and deploy the country’s reserved “war chest” of an estimated $630 billion in foreign exchange reserves.

Neutral Switzerland has also announced that they will adopt the European Union sanctions against Russians involved in Moscow’s invasion of Ukraine. As per the reports, they would freeze their assets, the government stated on Monday.

“In view of Russia’s continuing military intervention in Ukraine, the Federal Council took the decision on February 28 to adopt the packages of sanctions imposed by the EU on February 23 and 25.”

“Switzerland reaffirms its solidarity with Ukraine and its people; it will be delivering relief and supplies for people who have fled to Poland,”

the government further stated, and will also be renewing its offer to mediate in the dispute.

Switzerland and Sweden were neutral even during World War II.

Putin has united and awakened the free world — perhaps more than ever before.

Will Russia be able to bear the cost of these sanctions against them?

In the Twitter thread posted by CulturalHusbandry, they dive into the possibilities and bring out key information on the consequences of these sanctions on Russia.

According to the tweet, traditionally the dollar has had three utmost advantages to other currencies, which is the ability to maintain the value of the dollar in the form of limited inflation and depreciation, the other point is the sheer size of the American domestic per capita income, and the US having economical markets that are deep-rooted, liquid and open-market.

The Economic sanctions imposed by the U.S and EU are a powerful method in general. But, when overused which it has been, those on the receiving end start to look for alternatives, a solution to curb the issue; basically to remove the sanction obstacle factor financially. It is clearly evident by the numbers, China made it sure to have a limited effect on Russia and so did the country otherwise as well.

“The western has lost limited inflation which is no longer relevant. While it may not yet be astronomical, it is at +40yr highs and no longer considered transient.

Secondly, the western economy has been sidestepped by China as their Domestic Economy which is now massive by all metric, and it still stands to affirm in the market.”

The Tweet continued to outline that China and Russia have an economic agreement in place that allows both the countries to gain access to other currencies without having to purchase them on the foreign exchange market, and they have been doing this since 2014 as reported earlier.

The Alternative Measures China-Russia would seek?

The Tweet thread post continued to explain further, that Chinese President Xi Jinping and Russian President Vladimir Putin have decided to settle all transactions amongst them in their native currency in 2019, and develop systems which are completely independent to SWIFT international currency transactions by conducting trade-in “Ruble” and “Yuan,” respectively.

The thread posted on Twitter outlined a major key point to all this that a very few have seemed to recognize that Russia has been rapidly accumulating yuan reserves at the expense of the dollar value in the early 2019s. The Russian Central Bank’s revealed that it had slashed its dollar holdings by $101 billion with over half of its existing dollar assets.

Furthermore, the largest by far beneficiaries of this move was the yuan, which saw its share of Russia’s foreign exchange reserves rapidly hike from 5% to a shocking 15% after the Central Bank invested nearly $44 billion into the Chinese currency. This move made by Russia resulted in acquiring 1/4 of the entire world’s yuan reserves.

As per the reports, Russia’s Sovereign wealth fund has had invested in yuan and Chinese State bonds to steadily ramp up the “de-dollarization.”

The Tweet further stated, this so-called pride the U.S blindly takes on “The US dollar will always be the world’s reserve currency,” has now been crushed and the reality is that the western cannot control this fantasy any longer in the international foreign exchange market.

What is the Alternative Method to “De-dollarization”?

As per the reports, the BRICS countries are said to be creating a “single payment system” which allows Brazil, Russia, India, China, and South Africa to use their own national currencies respectively as a direct basis of exchange for external payments. And this step has been regarded as a major movement towards de-dollarization.

This system will establish a common retail payment method and transactions between the member countries. The report also states that BRICS is planning on introducing a special cloud platform, which will efficiently connect their national payment systems. Basically, an online wallet will be developed with access to these payment systems and an application will also be introduced for smooth access and quick transactions in national currencies for these countries without the need to exchange in dollars.

As per the reports, the BRICS Pay contactless payment system will not duplicate the national payment systems of these counties, it will simply serve as a service for linking the credit or debit cards of the citizens of the five BRICS countries to online wallets, which would offer them the ability to pay using a smartphone.

Spread the love
#BRICS #De-dollarization #european union #russia #Ukraine
Previous Post
Why did the U.S. and EU not Impose any Sanctions on Oil Industry Russia?
Next Post
Bitcoin Price Potentially Can Explode to $50,000 in March, And Here’s How?