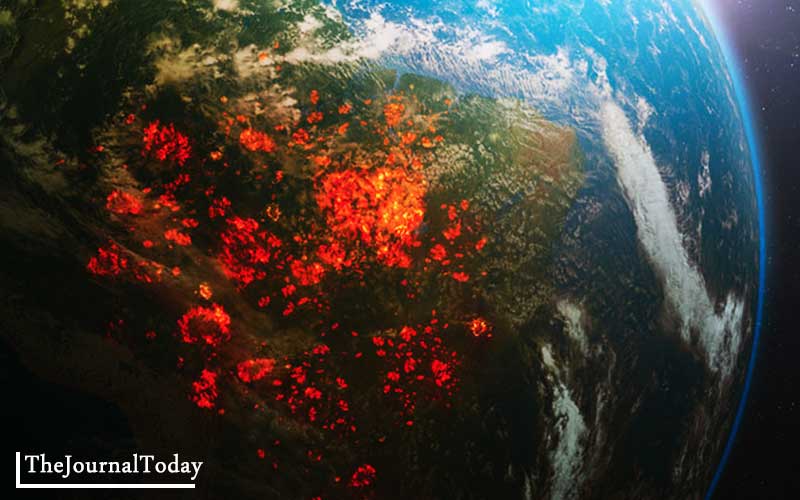 Wet-bulb temperatures are when heat and humidity can become a severe cause of death for healthy humans and is the lowest temperature at which air can be cooled by the evaporation of water. These deaths are increasing more than ever in the last few years.

Last year’s historic heatwave was seen in the portions of the Northwest breaking all-time temperature records and preparing a great risk for wildlife. At that time,  it has increased the deaths up to 100 by gearing up and increasing the temperature to extreme heights.

Views of different people on wet-bulb temperatures based on the studies and experiments:-

The heat can feel apocalyptic, and scientists have found in a recent study that climatic change has become the main cause of sudden deaths of humans, due to massive heat and humidity in the air. It is explained really well in a study published in Science Advances, with an alarming title saying,

“The emergence of heat and humidity too severe for human tolerance.”

According to the climate models, this type of wet bulb condition wasn’t expected in the mid 21st century. But now it is already here with us causing great harm to humans and wildlife.

In that study, Radley Horton, Lamont Research Professor at Columbia University’s Lamont-Doherty Earth Observatory, and co-authors surveyed weather station data from across the world, collected between 1979 and 2017, and found over 7,000 instances of so-called “wet bulb” conditions, which can lead to human deaths. Most of these wet-bulb conditions were seen in the Coastal Middle East, South Asia, and southwest North America (areas denoted in red and orange on a map Horton and his colleagues created, below).

Now 31°C at 76% relative humidity. That is 27.5°C wet bulb, pretty extreme even for here. Wet bulb 35°C is generally considered the limit of survivability — shaded, resting, well hydrated — without refrigerative air conditioning (which we do not have). LD₅₀ about 6 hours.

According to the study, it is easier to imagine the wet-bulb conditions, i.e., wet bulb conditions occur when the relative humidity is greater than 95 percent and temperatures are at least 88 degrees F. In Horton’s study, it was found that a human body cannot bear the temperature once it reaches to 95 degrees F. Even a healthy person can die at such a humid and heated temperature.

“If there’s enough moisture in the air, it’s thermodynamically impossible to prevent the body from overheating.”

Horton’s research gained support from the National Oceanic and Atmospheric Administration, meaning that the U.S. government is actively studying the weather and its temperature at which a healthy human can even die:

“We need a differential between the human body and the environment, and if the air is already holding as much moisture as it can, you don’t have that gradient,”

“Your body’s not able to get the atmosphere to take that moisture from it.”

Matthew Lewis, director of communications at housing advocacy group California YIMBY, noted in a Twitter thread that wet-bulb temperatures could soon be a factor at the helm of climate migration.

“Many of the places humans currently live on the planet are on their way to being functionally uninhabitable by humans,”

“They will have to move.”

Lewis wrote in return and states for its eventuality, by saying,

“Depose the NIMBYs in your city government. Defeat the car-stans who deny that all of this is happening.”

“The very fact that there isn’t one standard that everyone uses, and that most people couldn’t explain exactly what these mean suggests that we could do more,”