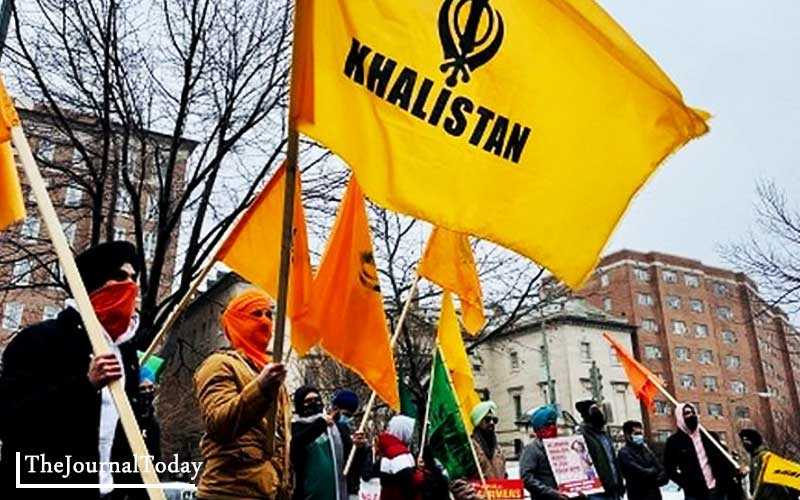 A recently drawn report published on Khalistan issues has triggered has intense debate and also revealed the connection of Pakistan with the terrorism spread out in the various parts of the world.

Various analysts and scholars gathered together to discuss this recent report named “Khalistan: A project of Pakistan”, which was published at a webinar  “Khalistani Terrorism & Canada” by the Mac Donald- Laurier Institute (MLI), showing the true picture of terrorism.

Terry Milewski, the author of the MLI Report on Khalistan, combined his experiences of authoring the report.

“When I began writing the report, I was told that what is the use of writing a report on Khalistan even after 35 years of Air India bombings.

However, there is a continuous atrocity being caused by this ideology. The trigger for writing this work was a poster of supposedly a referendum – ‘Referendum-2020’ put up at Surrey Gurdwara in Canada as recently I came across the poster on a voter registration drive organized by Sikhs For Justice (SFJ). These posters annoy me.

The question arise who are these people who are still supporting the idea after 35 years of the deadly Air India bombings? Similarly, on 15th August, I saw pro-Khalistani and pro-Pakistani groups coming together to protest against the 15th August events in Canada. All these were a joint drive partied by the Pakistani mission.

“I wanted to expose those extremists who have pledged their allegiance with Pakistan, who in turn has pledged allegiance to China. Real Sikhs in real Pakistan still suffer from conversion, attacks on Gurudwaras, and abductions. It is like the partition era has yet not ever.

This is why their population is rapidly declining in Pakistan. I saw a map by a splinter group that shows a very ambitious Khalistani map including many parts of India besides Punjab and extending up to New Delhi. But this map does not claim a single inch of Pakistani territory.

It should have included Lahore, from where Ranjit Singh ran an empire, and Nakanana Sahib, where Guru Nanak Dev Ji was born. Why is that being missed out on? The answer is that people who are organizing the movement for Khalistan must realize that they can not afford the movement without Pakistani support”,

Terry told two reasons why India wasn’t able to sue Khalistanis who were based or living out in Canada. Firstly, they are Canadian citizens which India can’t sue or deport as it is against the law, i.e., rules and regulations.

“Second reason is we don’t have any evidence of terrorism in Canada, we just have evidence of people praising the Khalistanis and terrorists, which is not illegal. But of course, we said that in 1985 as well.

But we were wrong. I think that the local people and politicians should rise up. In the disinformation age, we need to fight with a different model. We need to master the models of information wars.”

He also shared his experience of Air India Bombings and the Khalistan issue, in which he told,

“I remember an incident from the 1980s when a dangerous Indian terrorist was hiding in Canada and India was asking for its extradition from Canada, which it did not agree to.

Canada gave the ridiculous reason that since both the nations were part of the commonwealth and India didn’t recognize the authority of the Queen, Canada was not able to extradite the terrorists. The secret services of Canada knew Talwinder Singh Parmar was planning to do something and had a telephone tapping. Still, they did nothing. Even after the Air India bombings, they still failed to prosecute and allowed death threats and assassinations of witnesses. For example, a witness who actually over-heard a confession that how Khalistanis managed to put a bomb in the Air India plane later wrote about this and was consequently assassinated. They were only able to prosecute Inderjit Singh Reyat – who made the bomb…”

Lord Rami Ranger appreciated Terry Milewski for revealing the truth and also argued for the accuracy and genuineness of the report as it comes from a Non- Indian Citizen. He also said,

“We will remain indebted to you for exposing the truth. Khalistanis are an insult to their gurus as they are a totally misguided lot and work at the behest of a country that wants to use religion highlights that they have no merit. By removing Article 370, Pm Modi has made Kashmir equal to all India. These are all steps in the right direction and only possible in secular India. Let us all remember Guru Gobind Singh Ji who said, ?

“diversity must be accepted, respected and if need be, defended.”

By reflecting on the lessons from history, he argued,

“It is very important to educate these Khalistanis that their gurus made the supreme sacrifice to protect the religious diversity of India. The Khalsa was not established for a specific religion, but to save the religious diversity of India. Gurus saw entire India as their motherland. Guru Gobind Singh was born in Patna, not in Punjab. Further, he worked and spent most of his life in Maharashtra.

Banda Singh Bahadur was also from Maharashtra. ‘Panj Pyare’ – five warriors came from different parts of India to fight together for this nation. Whereas, the Khalistanis are working to break us, unlike their gurus. This also has dire consequences for them. They have nothing to do with our faith. If they are working with enemies of India, they are also working against their gurus who made the supreme sacrifice for India. They have done enough damage to the legacy of their gurus.”

“Why don’t they control India on merit, and by violence? My appeal to all those countries that are helping Khalistanis is to realize that they are doing the utmost damage to the country that gave them shelter. They are dangerous citizens for Canada, so they should be deported. Terrorists always generate violence, wherever they go. It is a global issue and the world needs to counter these hate-mongering people.

The government of India should help them if they begin from the right angle and help them in liberating their 350 gurudwaras of historic importance in Pakistan. We should understand that he who rides a tiger is afraid to dismount”,

he argued while questioning the intent of Khalistanis on excluding Pakistani parts in Khalistan’s map”,

“Our Sikhs paid unparalleled sacrifice where one leader of faith happily readies to be beheaded for another religion. The steps of the Indian government for the celebration of the 350th birthday of Guru Gobind Singh Ji and the 550th birthday of Guru Nanak dev Ji must be commended. The government is also establishing centers at universities to propagate the message of Sikh gurus.

We all must realize this. Khalistanis shall apologize for the embarrassment to their gurus and their people. We are there to fight logic and justice. One can have differences with the government, but not the motherland. Mother India would still be the same. Let’s start working on them. We will get them back on their mother’s lap. They will have to come back to the land of their gurus and their people. Let’s not alienate them, let’s bring them to the border and show Chinese what kind of brave people we have”,

“Punjab was the number one state and Pakistan has destroyed it. Same Pakistan used to deny that they had nothing to do with 9/11 that happened in America. But the whole world knows that American forces found Osama Bin Laden hiding in Pakistan. They are surviving on the financial aid of Western countries and propagating terror within them. Their silence on Sikh atrocities in Pakistan is a blot on Sikhism.”

There are various declarations that Pro- Khalistani Elements had introduced to spread disinformation campaigns against Terry Milewski’s report as it was gaining popularity day by day. It is also concluded from various sources that it has attracted over a million readers up till now.

This great event was organized by Think Tank Law and Society Alliance formed in New Delhi.